Italy confirms its position as the world’s leading wine producer 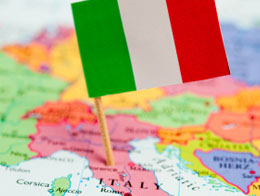 Unione Italiana Vini (Italy’s Wine Union) and Ismea – (Institute of Services for the Agricultural Alimentary Market) estimate the Italian wine harvest of 2015 to be 47 million hectoliters. An increase of 12% compared to last year. With France at around 46 and Spain at 43 mill. Hl, Italy is the candidate to regain leadership in volume. In addition to good prospects in terms of volume, Unione Italiana Vini and Ismea point out that the quality is generally also high.

Here is a short description from 3 of the main wine regions in Italy:

After the sharp drop in 2014 the production numbers in Puglia are once again in sure recovery. This is mostly evident in the Salento peninsula. In the northern part of Puglia the growth cycle had a positive flow until a prolonged drought in July caused a few problems with maturation. In the south, Salento also registered a small delay in the maturation of 7-10 days due to the heat. Excellent conditions especially for the Negroamaro grape variety, which has not suffered from thermal stress. In August, heavy rains led to some local damage and enlargement of the berries with higher yields as a consequence. From a qualitative point of view the results are good, with a few peaks of excellence.

Gianni Righetti from Cantina Luigi Righetti in Valpolicella calls 2015: “un annata fantastica” a great harvest both in terms of quality and quantity. The vintage 2015 can be compared to 2005 in that all the stars were aligned. Sun and rain came at the right time with warm and dry weather during the harvest period. If there are any complaints it could be that the acidity level could be a bit higher, but that means a softer style which is not necessarily a bad thing. Unione Italiana Vini and Ismea concur with the picture painted by Gianni Righetti in terms of quantity and quality and give credit to the weather conditions despite high temperatures and low rainfall. July was one of the hottest in recent years with some areas of Veneto reaching 40 degrees causing sun-burns in a few un-irrigated areas.

After a rainy winter with storms, particularly in January and February, spring brought temperatures that were higher than normal. The summer, which was generally hot and dry, slowed down the maturation of the grapes in some areas contributing to a delay between 5-10 days. This is confirmed by Francesco Ferreri from Valle dell’Acate, main producer of Frappato di Vittoria DOC and Cerasuolo DOCG. He explains that 2014 was actually an easier vintage thanks to cooler summer temperatures. In 2015 ripening was blocked for a few weeks in July because of temperatures reaching 40 degrees. Nevertheless, the harvested grapes are generally in excellent condition so everything points to a great Sicilian vintage 2015.

Overall a great harvest prognosis from Italy where many producers now can breathe a big sigh of relief.

In the overview below the forecast of production quantity and the variation from last year’s harvest are outlined.

Production of wine and musts 2015*

*Forecast Ismea/UIV on 09/09/2015, the variation is calculated as the average which provides a maximum and a minimum.